This holiday season, are you giving with a joyful heart? 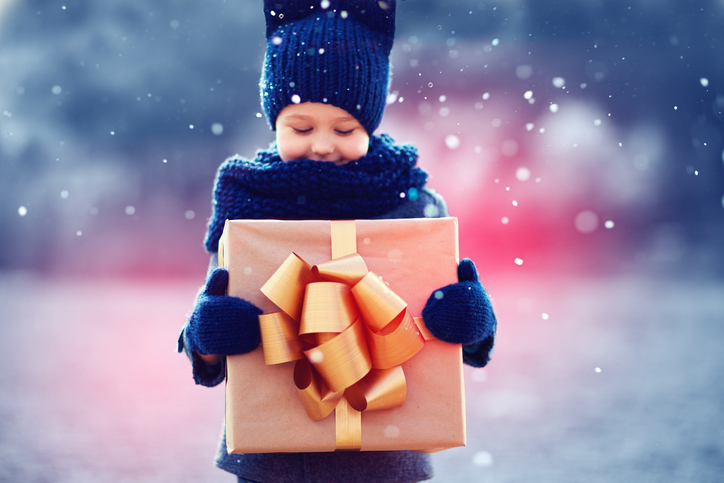 Ah, the holidays! Now that December is here, the spirit of giving is everywhere. Children are lining up to hand over their wish lists to the man in the big red suit. Our mailboxes are being flooded with donation requests from charities near and far. And we’re busy checking off our own gift lists in preparation for the holidays. But here’s the question for the day: are you feeling stressed about giving—or are you giving with a joyful heart?

I had an interesting experience back in the heat of July that had me asking this same question. My wife Cindy and I were invited to attend a large gala for an amazing organization that provides valuable resources for children with special needs and their families. We were thrilled to be able to participate in the event and to help support this unbelievable cause. When we arrived, the scene was overwhelming. While tickets to the event were pricey, the crowd included nearly 400 people, all of whom seemed as excited about the event as we were. The food and décor (and even some of the people!) were like something straight out of a Hollywood movie. And when it came time to hear the personal stories of the families and children that the charity is helping, I wasn’t the only one in the room with tears in my eyes. It was an emotional afternoon, to say the least.

But as the afternoon turned into the evening, it became clear that the donations weren’t meeting expectations. At the auction, not enough paddles were being raised, and I could sense the smiles fading from the faces of the organizers. They had counted on this crowd to help fund an important project, but they were coming up short. In that moment, I had no doubt that everyone there wanted to give, but they weren’t following through. Why?

As a financial planner, I had a pretty good guess.

Research has shown that we are hard-wired to be generous. Using MRI scans, scientists have been able to locate the region of the brain that “lights up” when individuals make the decision to donate to a worthy cause. Interestingly, the part of the brain that becomes active is the same region that becomes active when subjects add money to their personal accounts—but even more so. The studies showed that giving gave people even more satisfaction than receiving! But there’s another scientific reality that can stop us from giving. While we may be hard-wired to give, we’re also hard-wired to protect our resources. It’s nature’s way of making sure we take care of ourselves and our families first. So if we don’t know what we can afford to give, we’re less likely to share our resources with others.

So why weren’t people giving as much as hoped to this worthy cause? My guess is that they simply didn’t know what they could really afford to give.

It’s a challenge we see all the time with new clients who come to us unsure about their finances. They may know what they’re earning and, in some cases, what they’re spending. They may even know their general cash flow and how much they’ve invested for the future. But without a detailed, comprehensive plan (what we call a “One Plan”), it can be nearly impossible to have real confidence in the path ahead. Without a plan, there’s no way to know how much of your resources you can give to others and still have a high level of financial security for yourself and your family.

I experienced this in my own life years ago. Cindy and I were married in early December, and we came from families who had very different ideas about Christmas giving. My own family is very caring and generous, but we were also raised to be quite frugal. Cindy’s family, on the other hand, expresses their generosity through abundant giving. The first time I spent Christmas with Cindy’s family, I was more than surprised when I saw the mountain of gifts under the tree! It was a lovely sentiment, of course, but the amount of money that had been spent to support all that giving made me uncomfortable. The whole experience made that first Christmas not nearly as joyful as it should have been as Cindy and I wrestled with how to handle Christmas giving as a married couple. As newlyweds, we should have been having great fun and enjoying every minute together. Instead, we were stressing out about money and giving.

Luckily, there is a happy ending to the story. We both recognized the issue and talked about it, and before New Years Eve that year, we had put together a plan to change things in the future. We came up with a budget that worked for both of us—including how much we could spend on each person on our list. We then divided that total by 52, and beginning on January 1, we contributed weekly to our “Christmas Cash” account. We’ve done the same thing every year, and we haven’t been stressed about Christmas giving since.

The pressure is on during the “season of giving,” but the money issues that can come to the surface this time of year exist all year round. That’s why it’s wise for everyone, at every income level and any financial situation, to work with a Certified Financial Planner (CFP®) to create a comprehensive financial plan. Working with a trusted advisor creates a space where you can stay constantly up to date with your financial situation and, most importantly, provides a plan that gives you confidence in your financial life—today, tomorrow, and for the rest of your life.

The best part of all? Because you know what you have and where you’re headed, you can bypass the stress of giving and, finally, give according to your plan with a glad and happy heart.

Have a joyous holiday!