How should you invest in uncertain times? Get all the right players on the ice! 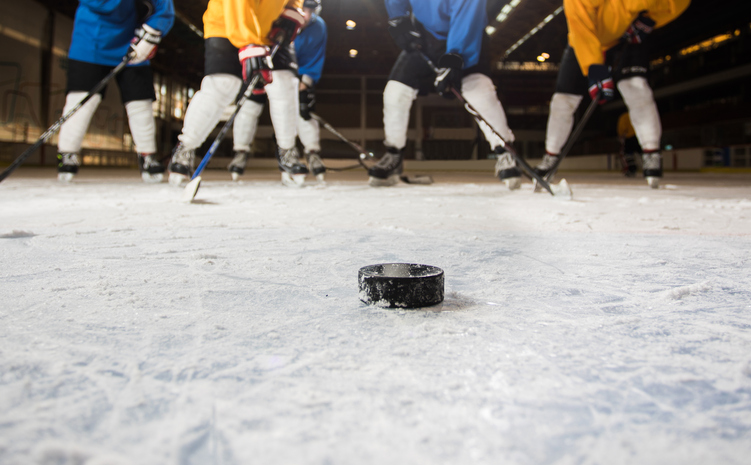 Like a lot of investors right now, Derrick and Kate are worried about the recent downturn in the stock market. Kate’s biggest concern was that she and Derrick would lose their portfolio in a down market, “especially if we’re looking at another 2008.” Derrick wanted to know what they could do to protect their nest egg from too much risk. “After all,” he told me, “we’ve made a lot of money in stocks in the past two years. Shouldn't we just take our winnings and move it all to cash?”

Here’s what I told them…

In hockey, your team has 6 players on the ice at all times. The 3 forwards are the quickest players on the team. Their job is offense—to advance the puck toward the goal. The 2 defensemen may not be as quick on the ice, but their job is just as important—to prevent the other team from scoring. Player number 6 is the goalie. While he may be the slowest on the ice (and even a terrible shot), he’s just as important to the team as everyone else. As the last line of defense, he has one job—to keep the puck out of the net. What’s important to realize is that every single player on the team has a critical job. While the forwards (yes, I’m talking Wayne Gretzky) get all the attention, they can’t win the game alone. In fact, putting 6 forwards on the ice at the same time would certainly cost you the game. But by using the strengths of every member of the team, you can apply a flexible strategy that allows the players to shift smoothly from offense to defense depending on where the puck is at the moment. It’s the strategy that helps win the game.

The same is true in investing, but the players have different names. Here, stocks are your fast-moving forwards that play offense, bonds are your slower-moving defensemen, and cash is your goalie. When the stock market is flying high like it has been for the past 4½ years, you have control of the puck, your forwards get to do their job, and the crowds cheer! During a bear market, it’s time to play defense, relying on the skills of your defensemen, otherwise known as your bonds. Your cash, of course, is your goalie—always at the ready as your last defense, ensuring you have the resources you need until the game changes once again. And just like in hockey, keeping all 6 players on the ice is the key. It’s called diversification, and it’s the basis for a smart, flexible, winning strategy.

Of course, anyone who has ever played—or even watched—a hockey game is well aware that there’s one more important factor that can make all the difference between a win and a loss. That factor is momentum. Momentum is that intangible but very real element that suddenly has one team scoring over and over again, seemingly against all odds. In hockey, harnessing momentum is often a mental game. In investing, harnessing momentum is a game of mathematics. Wise investors know how to apply a dynamic strategy that constantly monitors the market to identify which sectors are experiencing momentum, and then to ‘tilt’ or overweight their portfolio to take advantage of that momentum. When the momentum shifts (as it always does), the portfolio can dynamically shift with it to help mitigate risk and optimize gains. As you’ve probably guessed, momentum never replaces the 6 key players on the ice, but rather adds that little extra push that can often help win the long game.

Like so many people in our part of the world, Derrick and Kate both know hockey, so they got it right away. I explained that even if we were headed into “another 2008” (which I am quite confident we are not), keeping every player on the ice is the only strategy that makes sense. Sure, it might be necessary to play more defensively for a while, but pulling stocks off the ice completely and relying on cash to win the game would be the riskiest play of all.

For most investors—Derrick and Kate included—the stock market is by far the most efficient tool to grow and protect assets over the long term. The challenge, of course, is that the market is always changing. The key to investing in this unpredictable market is a robust strategy that uses the skills of every player on the ice to pivot from offense to defense with ease, and that harnesses the power of momentum to drive the advantage. With that kind of dynamic strategy in place, investing in even the most uncertain times shouldn't be any scarier than an afternoon pick-up game at The Ice Box.