From March Madness to the game of life, the right decisions dictate the winner

Submitted by Korhorn Financial Group, Inc. on May 2nd, 2019 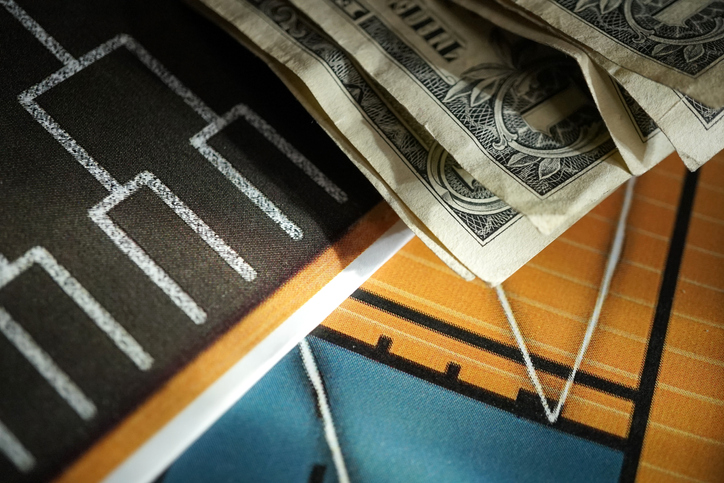 One of my favorite parts of tax season is the NCAA Basketball Tournament. The tournament starts in the throes of tax season, so we are more than ready to have some fun when March Madness rolls around each year.

Our KFG bracket tournament is big—anyone in the office can participate, as well as anyone who is on the employee’s tax return that year (we have to draw the line somewhere!)—and purely for fun (the company funds the ‘pot,’ so there are no losers, only winners).

It works like this: the person with the highest number of points takes home the pot for each round, with the amount of points earned for each correct pick increasing with each round. Here’s a quick look at the results for the first three rounds of this year’s March Madness tournament:

At the end of Round 3, I confess that I was feeling pretty proud of myself! Along with Ryan, I had placed in every round, and he and I were now tied with just under $50 in winnings. With only seven games left, one of us was sure to take home the grand prize, right?

Wrong! Here were the rather surprising results from the final round:

My daughter Grace was the biggest winner of all, more than doubling Ryan’s and my total winnings. It looked like Ryan and I were doing great, until suddenly we weren’t. So where had we gone wrong?  Although our wins counted, they weren’t the most important choices in the tournament. The most important picks were the winners of the final 7 games, not the first 56. Even though I had more correct picks than anyone—a total of 47 out of 63!— my early tournament wins didn’t count as much. That meant that even players who weren’t even in contention early on were able to win big in the end. It was all about getting the most important decisions (the winners of the last 7 games) correct.

When it comes to making decisions in your financial life, it can be easy to feel like you’re losing the game—especially early on. Your salary may not be as large as your co-workers’. Your car may not be the newest. Your house may not be the largest. Your vacations may not be the most spectacular. And yet all of these things could actually mean you’re making the right decisions where it really counts. While you may feel like you’re losing, it may actually mean that rather than being tempted by ‘fool’s gold,’ you’re focusing on the things that really matter in the end. If that’s your goal (and I so hope it is!), here are the things that I believe can have the biggest impact on what matters most—the end game:

I enjoy attending the Berkshire Hathaway Shareholder Meeting in early May. Each time I go, I’m fascinated by the people I see there. Many look quite rich (and some of them, I am sure, really are!), while others look like folks I might have bumped into on my last trip to Costco. The lesson learned: you never really know anyone else’s financial situation. Enjoy what you have and trust that you’re making the right decisions for you.

Two things I know for sure are that you can never judge a book by its cover, and that you never know who will come out ahead until the last round is played. That goes for Warren Buffet’s shareholders as well as the next winner of the March Madness tournament. What really matters, in every game, is making the right decisions at the right time on your way to the end game. I hope to see you in the winner’s circle!