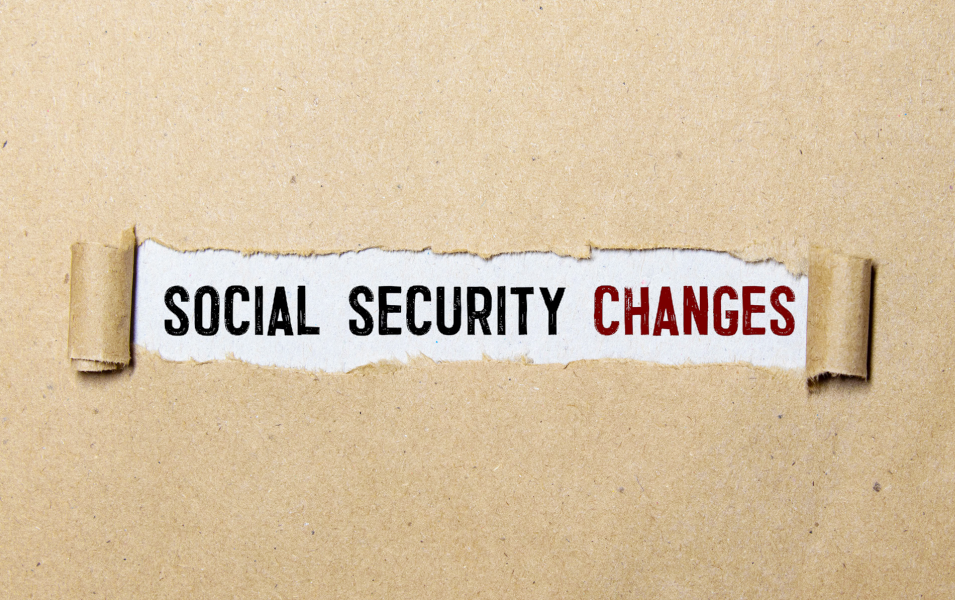 The Social Security Cost-of-Living Adjustment was officially announced for 2023 and came in line with my expectation. If you're on Social Security, you're getting a big raise.

We've been saying it for a while, and I actually did a video a couple of months ago saying, “Hey, looks like if you're on Social Security, you're going to receive a cost-of-living adjustment, an inflation increase in your Social Security for 2023.” Some people were saying 10 to 11%.

It was announced on October 13th  that an 8.7% cost-of-living adjustment for Social Security was coming for next year, starting 1/1 of 2023. How's that compare to history? Last year was pretty good, a 5.9% increase, but we knew inflation was still rising at that point — so it was like, thanks, but thanks very little. It's not enough to keep up with inflation and hopefully, even though the inflation number came out higher than expected (as expected!) my goodness, we should expect that it's going to continue to surpass expectations. At least, that's our expectation here at KFG. Hopefully, inflation is either peaking or has peaked and will start coming down.

This is all based on the urban CPI number, the CPI-U, that's what the calculation is based on. What is an 8.7% increase actually going to feel like? Last time when I did a video announcing what we expected this increase to be, most of the comments from viewers were claiming there would also be an increase in Medicare as well.

Well, we know now both sides of the story. We know that your Medicare Part B cost for 2023 is actually going down $5.20. The base rate was $170.10 per person in 2022. That's going down in 2023 to $164.90 per person. We also know your Medicare supplement plan, or your Medicare Advantage Plan is likely going to go up. I prepared you for that when we made that announcement about Medicare Part B rates, your other parts of your health insurance and retirement are likely going to go up in cost because everything is rising due to inflation.

And so there likely will still be an increased cost overall for your health insurance coverage in retirement. But Medicare part B coming down and Social Security going up 8.7%, you should feel like that should be a meaningful increase on average. The Social Security Administration says on average people should see a $140 increase in their Social Security every single month. If you're married, multiply that by two. The average Social Security right now, the way they're factoring it, is actually an increase of $146 per month from $1,681 in 2022 to 1,827 in 2023.

This 8.7 increase is a percentage increase, so therefore a percentage on a smaller number will be a smaller increase. A percentage of a bigger number will be a bigger increase. Hopefully, you've been working with your Certified Financial Planner™ and figuring out the exact right strategy for you to optimize drawing Social Security. Hopefully, in your situation, you've looked at the benefits of delaying Social Security, even if it's delaying it just a short amount of time. If you've done that, your Social Security may be higher than this average, and therefore an 8.7% cost of living adjustment increase on your higher monthly payment will be a bigger dollar amount increase.

What about those of you that were close to drawing Social Security, but maybe have decided to delay drawing? Or maybe you're thinking, “well, why would we delay Social Security because if I'm going to miss out on this 8.7% increase then I shouldn't delay.” That's not true as long as you’re age 62 or higher; doesn't matter if you're collecting your Social Security or not, you're going to see this cost-of-living adjustment.

So, work with your Certified Financial Planner™ and optimize Social Security. It is one of the most important tools in your retirement income arsenal. Why? Because it's going to be there for the rest of your life — it solves the longevity risk. It's going to still be there if there's volatility in the stock market — it manages market risk. And as we're seeing now, it's an income stream that should keep up with inflation — minimizing the inflation risk. Does it do so perfectly? Absolutely not, and I know there are huge problems and challenges with our Social Security system, but it's maybe the only income source that you have that slays those three big risks: longevity risk, market risk, and inflation risk.

I'm not bragging about Social Security. I'm just saying it's extremely important and you've got to make sure you're making a wise choice. How do you do that? Work with your Certified Financial Planner™ doing comprehensive financial planning, looking at all six areas of your financial life and especially building out that five-factor retirement plan.

All of that perspective, and then some additional number crunching will equip your Advisor and you to look objectively at the numbers and determine when it would be beneficial or advantageous for you to draw Social Security. Whether that means drawing it right away, drawing it at a certain age, or delaying it as long as you can; your health changes, economic changes, or other changes can influence this decision. But that's the perspective that allows you to make a great choice and optimize Social Security for you.

If you don't have a CFP® on your team that's helping you with your financial decisions, you can contact one on our team. Contact us at 574-247-5898 or email info@korhorn.com.